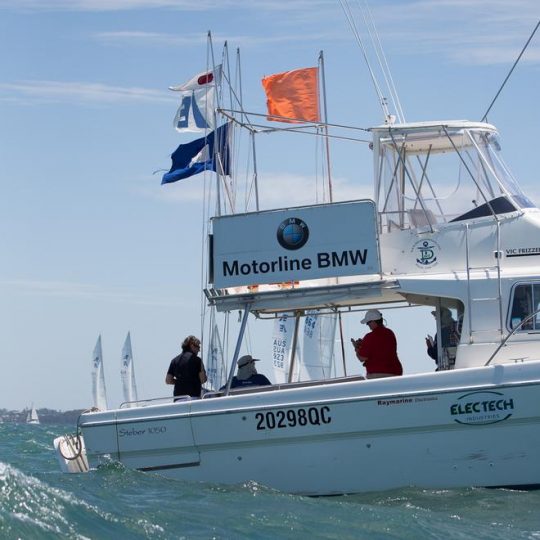 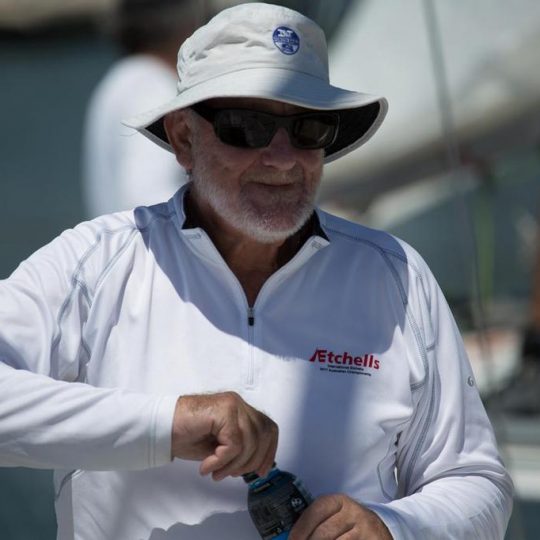 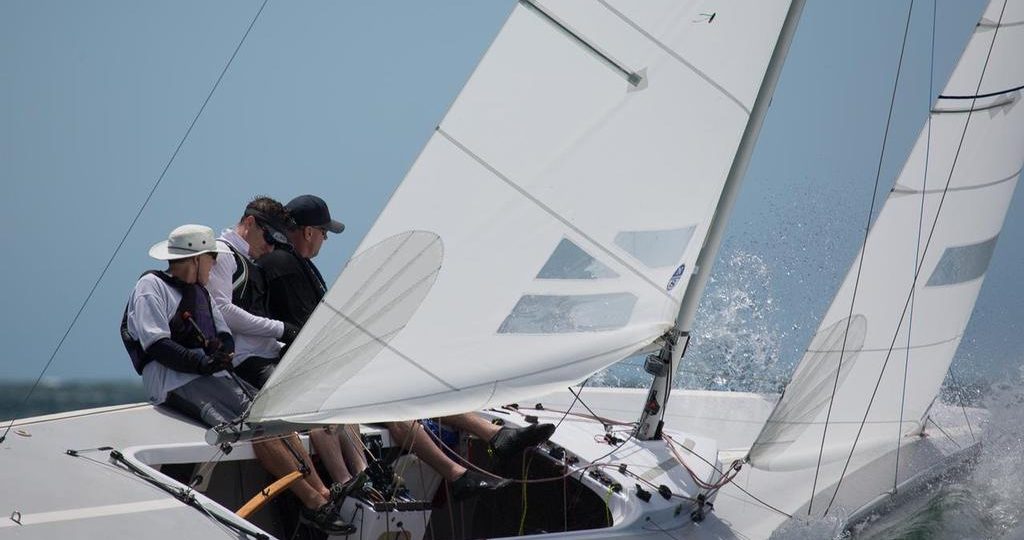 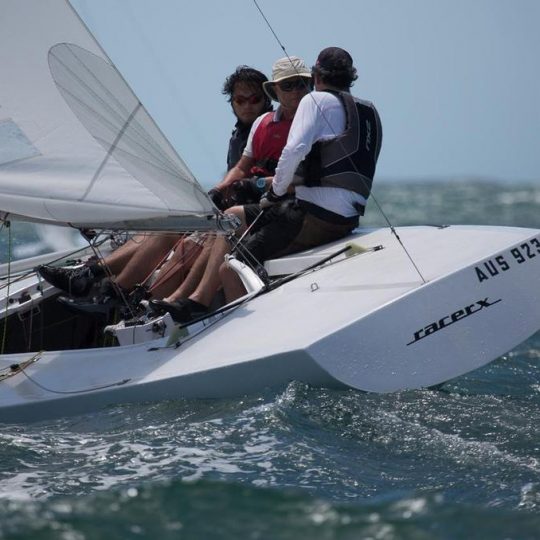 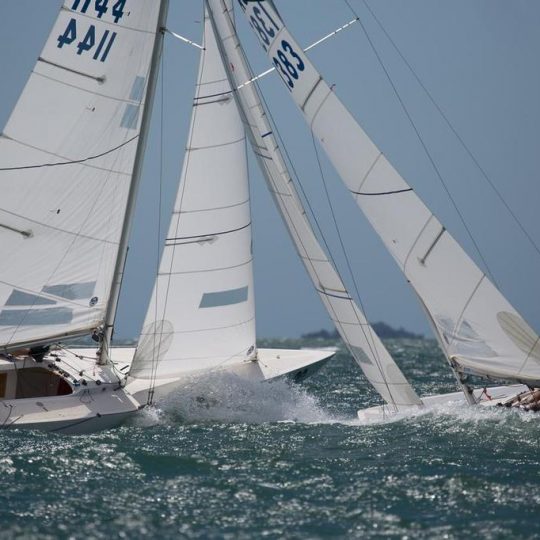 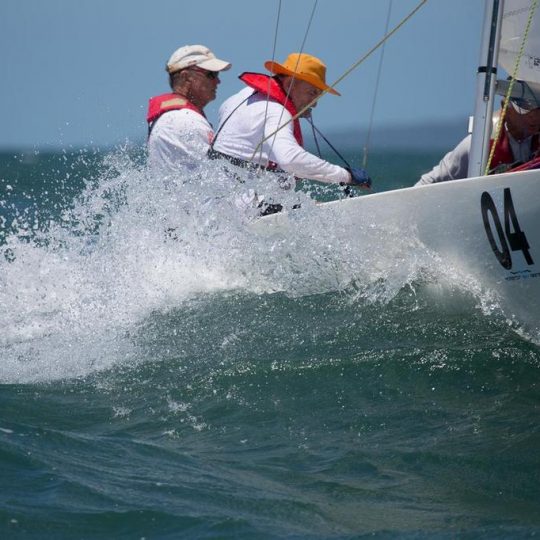 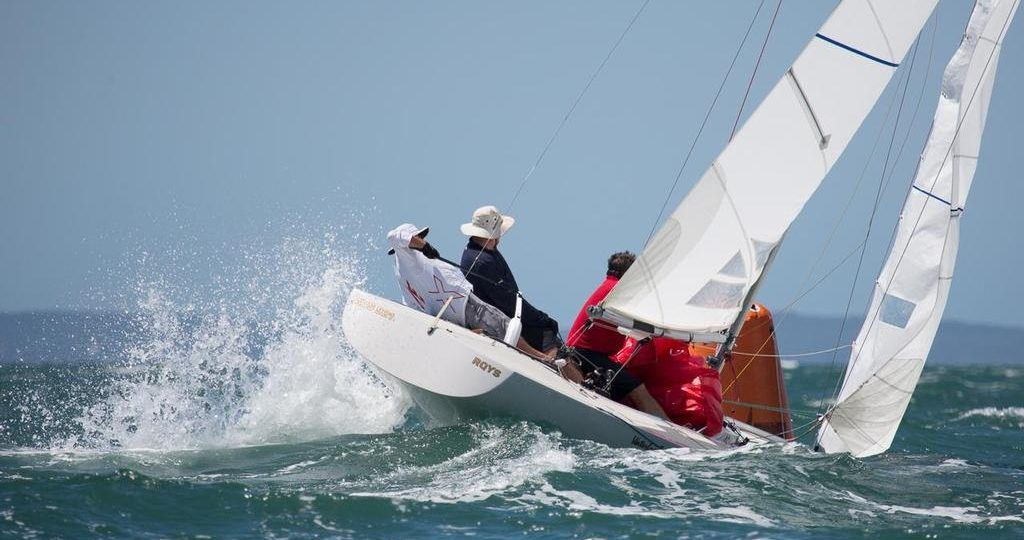 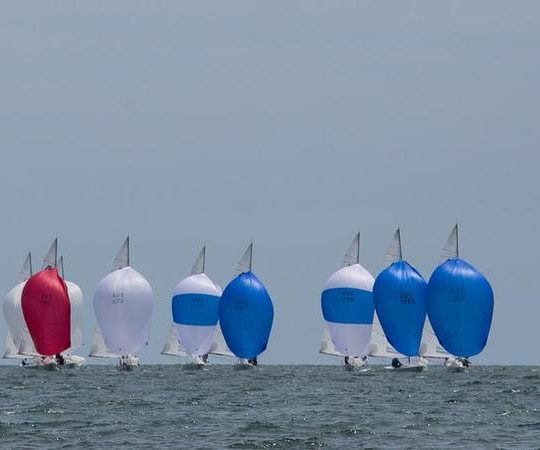 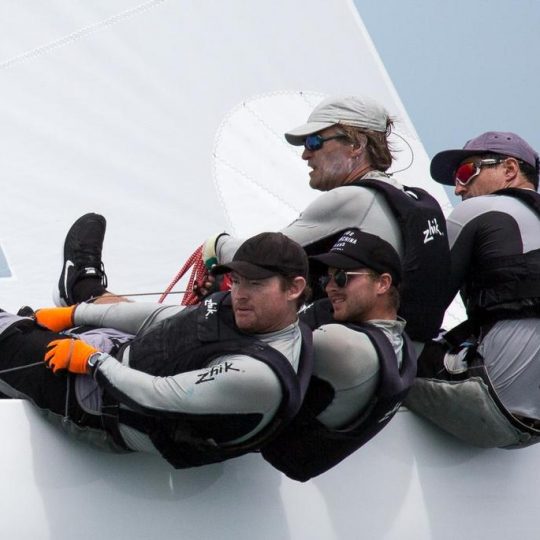 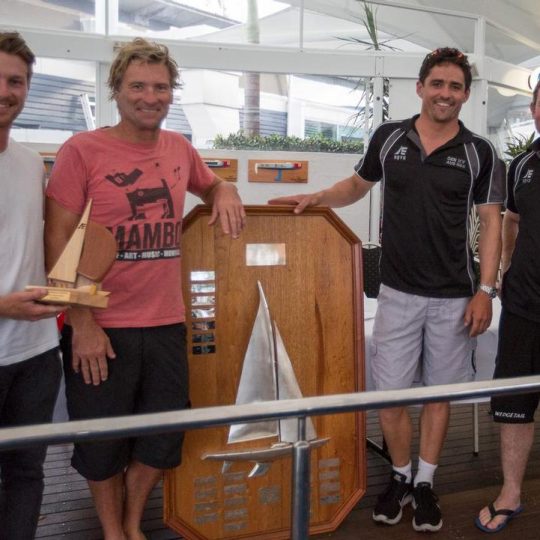 So the original Bert Bryant saying, ‘Gone from Chocolates to Boiled Lollies’, came out of horse racing in the 60s. It refers to looking good, then ultimately not doing so well. Now in sailing, when you talk about those ever-so-easy-to-eat, chocolate covered, little and skinny liquorice sticks, it means wins. Yep. They’re bullets. So you kind of always want to get the chocolates whenever you can. Not only does it make the maths really simple, it makes any of the conversations afterwards at the bar even easier than the addition. Remember. If you lose say nothing, and if you win, say even less!

At the 2017 Brisbane Etchells Fleet Championship, Gen XY absolutely took the chocolates over the boiled lollies with an incredibly emphatic four bullets from a six-race series. It was an equally impressive fourth place that became their drop, leaving them with a third, and the eventual total of seven points. That was a whole nine points clear of second place, Encore, and 14 in front of third, which was Bootross (Vaughan Prentice, Darren Hutchinson, Chris Anderson and Lachlan Prentice).

For this Championship, Gen XY was Skippered by Matt Chew, with Ash Deeks and Brian Donovan from the regular outfit. Joining them was Ben Vercoe, who usually sails with another local boat, Fair Dinkum. Catching up with Chew after the first day he commented, “We missed the second bullet in that second race (where they got the drop fourth place), so I think I must be a little rusty, for I got the lay line into the mark completely wrong. It has been eight whole months since we have done anything Etchells, and for me anything less than 25 knots downwind.” (Chew sails foiling Moths and Extreme Sailing Series catamarans as well.)

“Have to say, it was great fun, and we recovered well from our mishaps. The top five boats are pretty strong. Based on the fun and results, we are trying to keep Ben from going back to Grant Hudson, and the crew of Fair Dinkum”, said Chew – half tongue in cheek!

“It was reasonably windy with a 12-18 knot NNE and a bit of chop. Boats fell apart all over the place due to gear failure. We were bailing on each downhill run, as the bilge pumps had failed, so we got to rehearse our three-up technique. Tonight, back on the quay, we have one pump fixed and the other will need parts, however.”

“The bucket was effective for bailing, if painful. It had the added bonus of keeping the weight low, but did get us a bit green, however, with the head down a lot, and not air. We know we’ll have to keep Encore at bay (Peter Conde, Brian Hillier and Myles Baron-Hay), so we’ll be focused and looking for speed advantages. They have done well at the big regattas of late.”

They knew they would have to have a big day on the Sunday, following on from the reasonable breeze of the first day, and that they had the lead by virtue of count back, and not overall points. After the first day’s three races both crews were on six, and after four, Gen XY held just a one-point advantage from the same crew. From there, and to go back to horse racing for a wee minute, they made very post a winner.

Peter Conde is the Performance Director for Australian Sailing when not out in his Etchells with his two really good mates. Only in the last 12 months have they been sailing once again, after coming third at the Etchells World Championship of 1996! And yes, we all love it. Talking with Conde after presentations he said, “It is good fun, but after a day like yesterday we feel every year! So it was nice to have a quieter day today and it was unbelievably pleasant.”

“After four races there was just the one point in it and in the fifth we let ourselves get pushed to wrong side. The On Course Side (over the start line) was a metre, so if you’re not over every now and then, then you’re just not trying. It is interesting that we have not done that since we all got back in the boat. All in all it has been damn good racing, with it all getting mixed up in the in different conditions, and so other crews come into the equation. This is a great place to sail, I can tell you.”

“Our Principal Race Officer, Louise Davis, and all of her team did a great job. Back then she was a protégé under the Wilson Brothers, and now she is an IRO in her own right. I know our travellers from Hong Kong and also New Zealand had a great time and thought it was all worthwhile, so well done to all the 20 crews and volunteers.”

All that experience and knowledge of Etchells racing was a very good thing for Davis to have. Not only did they get the full allotment in, they had everyone back ashore at prescribed times and in good shape. On the first day they started racing on an axis of 350 degrees, which moved to 005 and then back to 355, before the wind finally clocked out to 030 for the last race of the day. The range was held at 1.2 to 1.3nm in the breeze that averaged 15 and peaked at 21 knots.

“Everyone played nicely and then the tide changed for the third race. We had a General Recall before the wind shift, and so went to Coe Flag U for the second attempt and held that for the restart after the course change. My team did well on both days and we also did well with the weather, so that makes it handy. Apart from the one boat hitting the steel of the swim platform, and firmly embossing the point of the bow into it, we had a great time. They were on for a glamour start before that incident, by the way!”

On the second day the predicted thunderstorms stayed well away, so Davis and her team of four on the Committee Boat, two on the pin boat and then two more on each of the course boats, got the whole thing sorted like a dance move. “We set 320 degrees as an axis for the first race, but it would be shorter at 1.0nm, for the predicted vengeance of up to 25 knots and thunderstorms never eventuated. We did change axis at the bottom mark for the swing to the right (355), and it also lightened. This was when they had all charged off left and it went right.”

Davis then added, “We set 010 degrees for the rest of the day and it barely made more than 10 knots with the average more like 7.5, so it was flat seas and glorious times. My sincere thanks to the team of volunteers – it is so much easier with a good team.”

Now Marty Sinclair optimises the whole flavour of the fleet and is one of the main contributors, in a fleet that has many. Before beginning to talk about the racing, Sinclair chime sin with, “The 2017 Queensland State Championships will be held here at Royal Queensland Yacht Squadron on the last weekend in October, for anyone looking for more practice on the track that will be used for the 2018 Etchells World Championship.”

“On the Saturday we raced outside of Green Island in a 15-knot wind from 350 degrees. In conjunction with the tide running out it made for gear breaking chop, even if the downwind runs were fun. Halyards, spinnaker pole travellers, mainsheet blocks and the odd human (not severe) were casualties. At least the chandlery will be happy. We were one of those retirements, so the world-famous David and Sue Healey BBQ on the Saturday night was a good way to reset and enjoy the onshore side of a regatta here.”

The conviviality of it all must have worked, for the first race of the next day, Sinclair’s boat, The Saint (Marty Sinclair, David Smith, Liam Murray and Suzanne Tomkinson) came out and snared an emphatic win. “It was calculated. We had gone about 300 above the windward mark and seen that it was going right. SO much so that we were late to the start and on the third row, so we banged right and the results were there. We were first to the top by two minutes and on the second run down we still had a minute fifty in the bag. They reset for the next race and the left paid this time, so we came in to the top in second place behind Gen XY, but could not capitalise on it all for the final result.”

“Still, blue skies, 0.3m waves and the thunderstorms that never appeared made for great sailing. A reach back into the club made it fast, so all is well with the Brisbane Etchells”, said Sinclair.

So not only is the racing continuing to be impressive, so to are the preparations for the 2018 Etchells World Championship. Great weather, and lovely racetrack and hospitable club await all sailors. There are many sponsors already part of the scenario, and naming rights is still available. One thing will be certain, however. This will be a ‘clean regatta’ as such. RQYS has already banned single use drink bottles and installed fountains in numerous locations. Now the Queensland Government has committed to banning single-use plastic bags from 2018, as well. This will see them fall into line with SA, NT, TAS and the ACT, so now NSW, VIC and WA have to come on board. Part of the event’s green credentials will be upheld by having a paperless system, with document fulfilment all being handled online.

The 2017 Brisbane Etchells Championship was sponsored by Line 7. ‘An Australian-owned brand, Line 7 Marine is proud to back Aussie sailing on our home turf,’ says sales and brand manager – Australia, Duncan Curnow. ‘The crews have given it their all this weekend and we’ve seen some outstanding sailing. In recognition of this, we packed prize bags to the gunnels with staples from our high performance, quick-dry marine range made for life on the water. The range is now available from Whitworths Marine throughout south-east Queensland.’

In the end, if you love your racing close, your conscience clear, and you smile wide, then the Brisbane Etchells fleet can help you. See www.etchells.org.au for the start of a great sailing journey.

nextOur Venue from the air