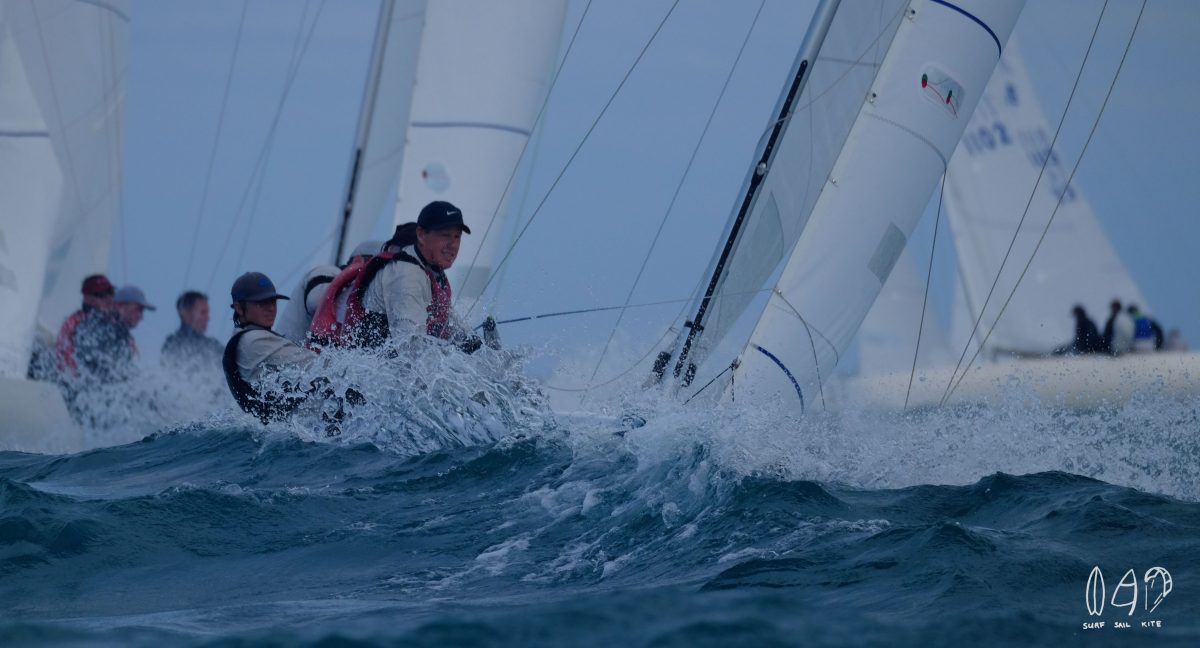 Olympian, World Champion and America’s Cup living legend, John Bertrand AO, is just one of the stars lining up for the 2018 Etchells World Championship. The Royal Queensland Yacht Squadron in the Brisbane suburb of Manly will host the 95-boat strong armada, as they tussle it out to see which crew reigns supreme.

Racing begins in earnest on Sunday October 21 and concludes on Saturday October 27, yet many will also take part in the Queensland State Championship that serves as a pre-worlds warm up. This regatta runs from October 14 to 16 inclusive, yet is often the one you do not want to win, for it seems to put a hex on your chances of taking out the big one. 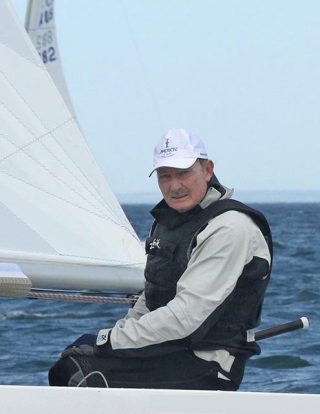 The Etchells are a strict One Design craft for three sailors, or four smaller individuals, with the latter being critical to attracting female and youth athletes to the class. This year they celebrate their 50th year, having been designed by Skip Etchells back in the 60s. Whilst that may be considered old hat by some, the aluminium masts and symmetrical spinnakers that adorn these slipperiest of craft that require superfine tuning, and are so loved by some of the best sailors the world has ever seen.

This year alone the regatta has almost ten former Etchells World Champions amongst the fleet, and then there are best on the planet from other classes like the iconic 18-footers, as well as Olympic Medallists, America’s Cup veterans, and winners from the Everest of sailing, the round the world events like the Volvo Ocean Race. Apart from the overall win, crews also compete in the Senior, Master, Grand Master and Corinthian divisions, where appropriate.

Now John Bertrand, or JB as he is best known, is sailing Triad2 with Ben Lamb on the bow and Noel Drennan on the main, both of whom have more than enviable CVs across many classes. Ben has just returned from the J/70 Worlds (another 90+ boat fleet), and they are joined for the first time by Drennan, who’s Etchells credentials are simply outstanding. JB collected his 2016 World Championship in Cowes with Ben and Paul Blowers, but had other megastars in Tom Slingsby and Andrew Palfrey on board his famous, Triad, in Howth in Ireland when he collected the 2010 title.

JB is often referred to by many as simply, ‘The Great Man’, and he spoke about the impending regatta both fondly and profoundly. “The size of it all is a little bit of a phenomenon. However, having spent same days out on the waters of Moreton Bay sailing against some of the US crews, as well as a few of the Australians, it is quite noticeable just how much the game is changing.” 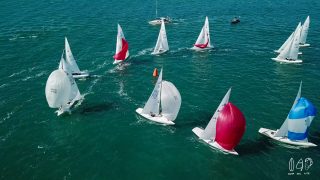 “It is all becoming much more sophisticated, and a lot like Olympic competition, in fact. This is due to the resources people are bringing to the table. So the class is certainly evolving rapidly. This regatta is going to be hot, what else do you say? A review of the fleet is really a who’s who of One Design racing. Etchells are already considered the best of their type in Australia, but I think we are going to see that this event is going to deliver something else on the world stage.”

“Tactically, the Etchells are very sophisticated. The speed differential is minute, unlike so many other classes, so if you can cross another boat by centimetres, then this is a really good life experience.” JB is always very considered in his approach, and commented, “I am just happy to be alive and be on that start line, which is the best way to approach something like this.” 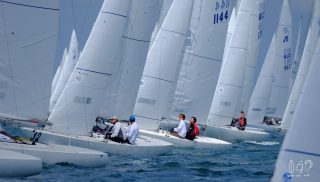 “Not sure there is any luck involved for the crew who do manage to take it out. The cream very much rises to the top in a long regatta. It will be an emotional rollercoaster, and a true marathon, both physically and mentally. To give people an idea of the scale of it all, the start line will be 1.2km long, which means you cannot read the sail numbers of boats on the other end of the line.” (The Race Management team have spotters at both ends to account for this).

“You race in your own fleet in many ways, and if you can round in the top 20 then good luck to you!”

So the crews have all had to qualify, one way or another, and this, combined with the very similar speeds is what delivers another very Etchells phenomenon. 85th v 86th are racing just hard as 28th and 29th, as too are first and second. The result is that there is many a crew story to be had, some of which can be found here (https://etchellsbrisbane.com/only-one-classification-fits-epic/). 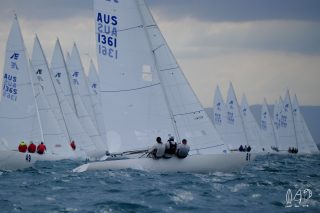 The one highlighted below goes to show the truly international aspect of the Etchells scene. Greg Farrell is an ex-pat Kiwi, now living in Hong Kong. Farrell commented, “Our team, Dream On (HKG 1269), is one of a half dozen from the Hong Kong fleet making the trip to Brisbane. Following the success of the 2015 Etchells Worlds here in Hong Kong it raised the interest of a number of owners who have established teams or programs that compete regularly at a number of Etchells events internationally.”

“I am a former Gold Coast Etchells fleet member, and somewhat regular participant at Queensland Etchells events over the past 15 years, so Brisbane was certainly on my radar ever since the event was awarded to the fleet.”

Our team consists of myself and Nagisa Sakai, who are both based in Hong Kong, along with Australian based Dan Belcher and Alex Gough, with the latter a somewhat honorary ‘Hong Konger’ after his recent adventures around the world on Hong Kong’s Volvo Ocean Race entry, Sun Hung Kai/Scallywag. Nagisa and I sail regularly here in Hong Kong, whilst Dan and I sailed together a while back in Etchells. Whilst we haven’t all sailed together as a team, we all know each other well from previous sailing and past Etchells events.”

“Given the lack of time together in the boat as a team, and my punter ability on the helm, we have very realistic expectations, and are simply looking forward to sailing with and against great mates, at what we expect will be a world class event at one of the best sailing venues around”, said Farrell in closing.

Alas, it takes a lot of people to put something like this together in the first place, and then to run it once it all begins. However, there is no one who would not say that the size of this event is not the result of the drive and enthusiasm displayed by the Chairman of the Organising Committee, David Irvine. Since travelling to Newport, R.I. in 2014 to secure the event for Brisbane, he has been tireless and determined, but also very empowering as he sought to build a team.

Irvine commented, “The real secret is sponsoring co-operation. The Yacht Club and the Class have come together to make a totally worthwhile programme for on water and shore crew alike. I am sure this is why we not only have the usual array of talent from so many areas of sailing, but also the vast number who have swelled the fleet to be over 300 sailors strong.”