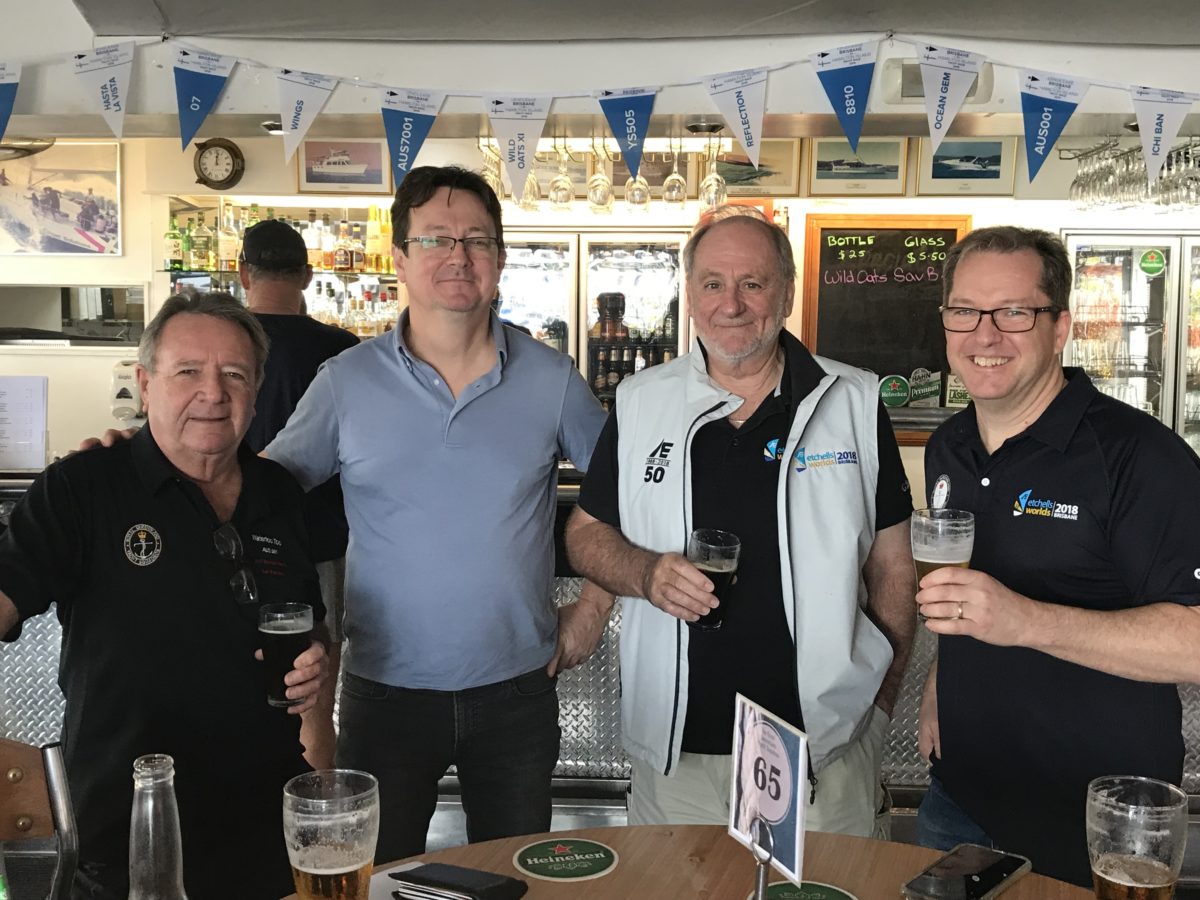 At the Brisbane Etchells Fleet AGM yesterday, long-time office holders Noel Paterson and David Healey stood aside from their respective positions within the Fleet handing their batons over to Jason Hawkins (incoming Fleet Captain) and Chris Nezmah (incoming Treasurer).

Both Noel and David have worked tirelessly to further the Etchells Fleet in Brisbane as well as world-wide as the summary of their involvement to-date listed below testifies to:

From official records, we note that collectively these two Etchells elder-statesmen from the Brisbane Fleet have given their time for almost 70 years in total !

Noel and David have handed over the Brisbane Fleet to new hands in the strongest position it has ever been in its 40+ year history both in terms of participation as well as financially.  We wish them both all the best in their ‘retirement’ and know they will remain just as active on the race track continuing to campaign on Moreton Bay.

See you out on the water. 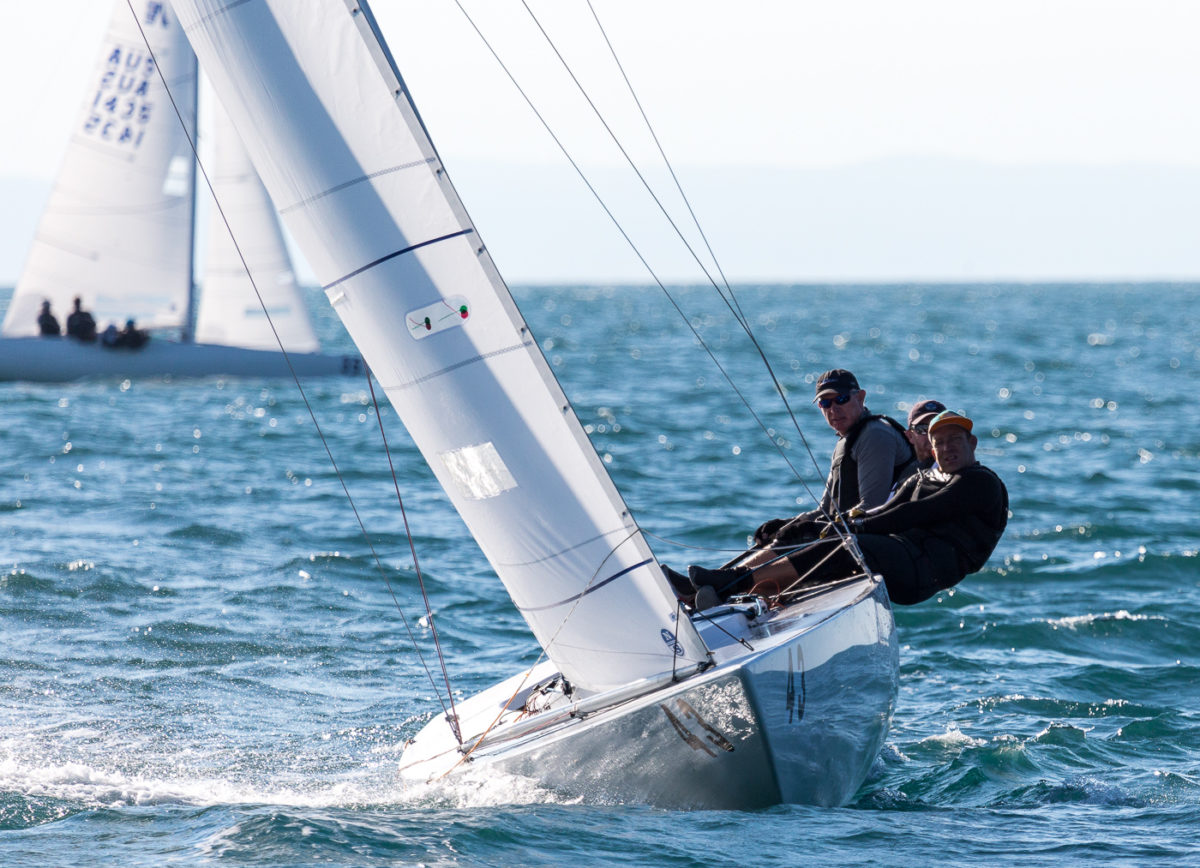 Seasons Greetings from the International Etchells Class Association including a full update on the international class and the newly elected Governors post the 2018 Etchells Worlds.  Read the full update here. 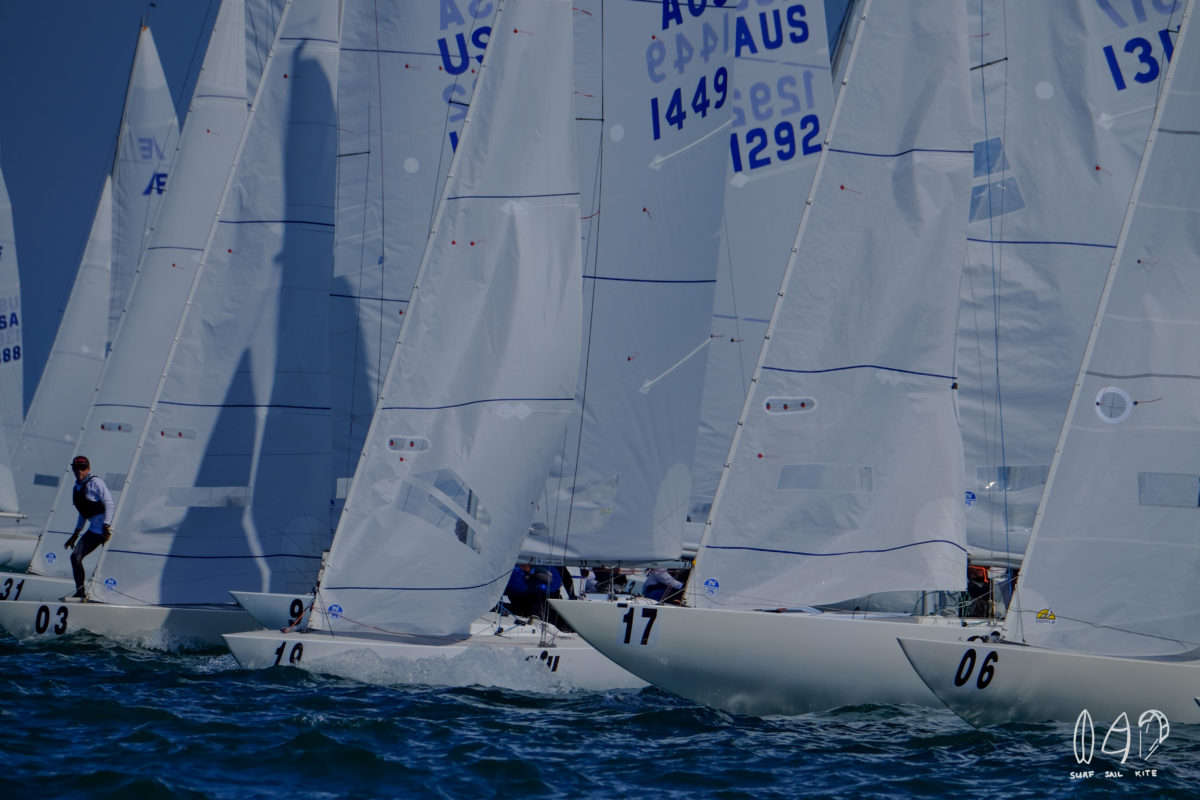 The 2019 Australian Championships will be held from Sunday 13 – Friday 18 January hosted by Royal Queensland Yacht Squadron.  The regatta will consist of two days of registration, one weigh in and a practice race on and seven races over 4 days.  There will be two social functions – the Welcome event on Monday January 14 and the Prize Giving on Friday January 2018. Entries have been open for a while so sign up now to book your place on the start line amongst some of the toughest competition in the class.