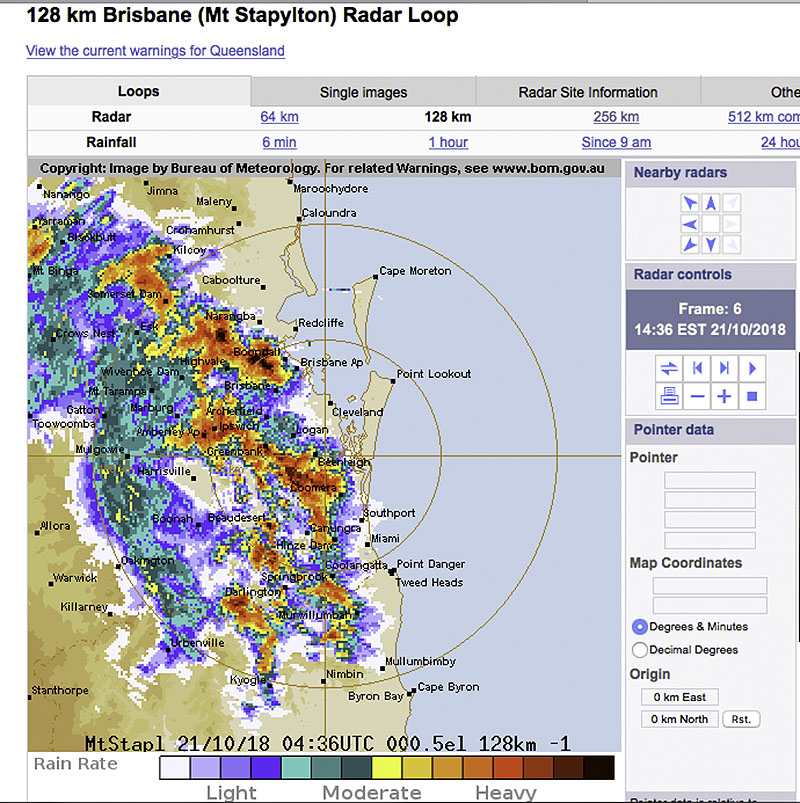 Well if practice does make perfect, then certainly getting all of the huge Etchells fleet out on the water and back again safely has been locked in. Sailing out or being towed, setting sails, heading up into the wind to lock in the direction and also the flicks were some of the items that this expert armada of sailors also proved they were totally conversant in. 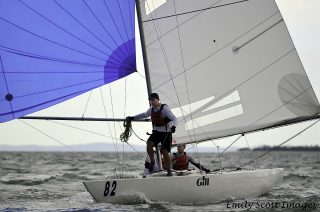 The sun was out for the morning briefing at the Royal Queensland Yacht Squadron, where course layout and description, safety protocols, and starting procedures were carefully gone through. There was a delightfully mild and soft East to Sou’Easter wafting through at under eight knots, and the riplets were only just making about 200mm in height.

As we set out past Green Island due East of Manly, and turned South into the course area, the breeze did stiffen, first making 12 knots and then onto 18 as it clocked a little further right into a ESE position. Ultimately, turning your head back around to shore told the tale. The airport and then the Gold Coast Seaway radios started crackling into life with thunderstorm warnings, and it was not long before the lightning and thunder heralded the magnitude of what was on the way. 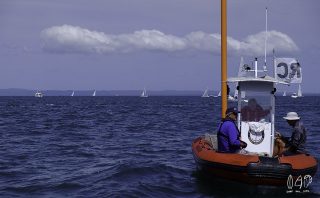 With just around half an hour to go before race time, and provided you still looked East, you could have been in awe of what you were witnessing. Sun and wind in the appropriate amounts left you just to contemplate the shear magnitude of the event, and the somewhat surreal aspects of the fact that the regatta that everyone had been waiting for was now officially underway. This also meant that the levels of control various parties now had on things was also taken out of their hands, whilst the sailors got to see it delivered squarely into theirs.

A large spectator fleet had also made the most of the opportunity to come and see what was going on. Whilst the Etchells went to windward to investigate the breeze and the pressure and direction fluctuations, those spectators go to wander through them all. Some, like the large trimaran, even came barrelling through under full noise. It was at this point that you really did feel like it was game on. 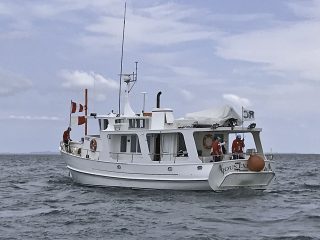 Even Huey, the God of Wind, decided it was time to get serious, and the extra pressure he was generating mean the sea quickly climbed up to 400mm and as everyone later rushed home it was 750mm plus. So by two o’clock local, when the racing was meant to begin, it indeed had become a race to get back into the club. Lightning was everywhere but in the lenses of the photographers, and the thunder became more ominous as its volume and duration both increased. The area affected was also large, with it extending from Southern Queensland, all the way into the top of New South Wales.

Race Management is being conducted under the supremely qualified Wilson brothers. IRO Kevin Wilson commented about making the right decision, “As we saw the storm brewing out to the West, we made contact with the Bureau of Meteorology after the gale warning for our patch of water, rain and lightning. We had kept an eye on it, and were not totally surprised when we saw the system turn a little, and head straight for us.” 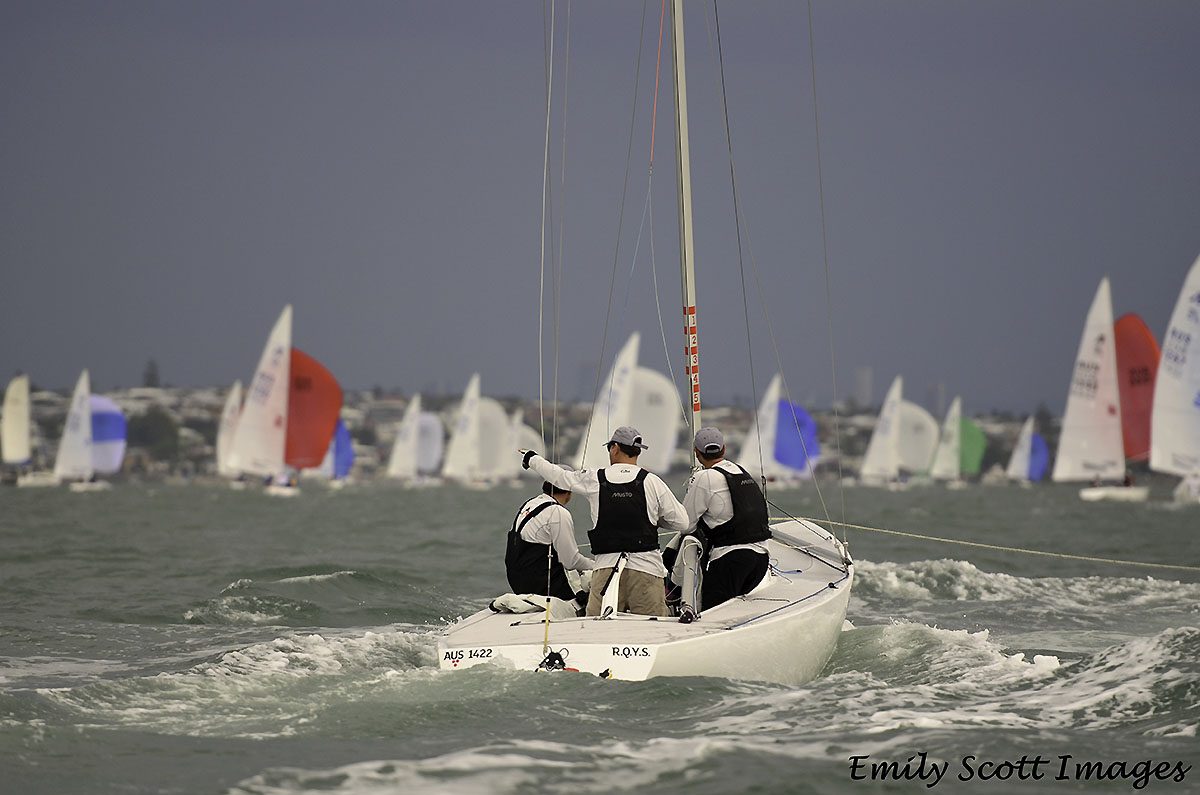 “Following those consultations we also spoke with the club and all the Race management team on the Committee Boat, and subsequently made the early call to get us home and safe before anything hit. The choice was easily made and it was a practice race after all, so we wanted to get everyone out there for tomorrow, and not have to spend all night working on making repairs to damaged craft.”

Two races are indeed planned for tomorrow, Monday October 22. The first will be of approximately 90 minutes in duration and have the fleet finish downwind. Weather dependant, the second race will be longer, perhaps up to 180 minutes, as the fleet will finish into the wind. Note this is subject to the conditions on the day, and the amount of re-starts that have to be conducted. With Etchells racing, the latter can be quite a few… 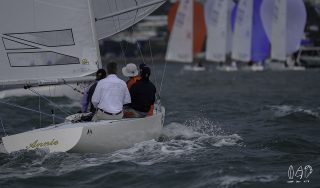 Also note that the start line is around 1.2km long, with the Committee Boat in the middle, with pin boats at either end, so that all the vessels can be seen and reported over the line, where required. A fleet of this size also means the first work to windward has to be long, around 2.5 nautical miles actually, so as to remove the element of bias from the edges. The mark is subsequently moved for the next leg, and set at a distance to compliment the wind strength at the time.

Race One of the 2018 Etchells World Championship has its warning signal at 1200hrs, Monday October 22. 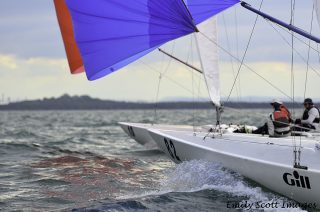 previousThe party before the game

nextEtchells Worlds Day 1 - What a tease!